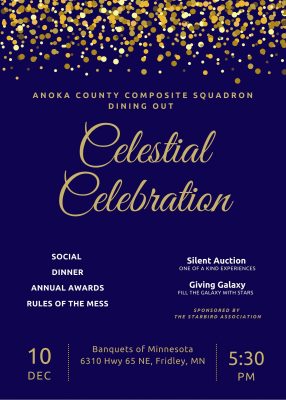 The Starbird Association is pleased to support A Celestial Celebration – The Anoka County Composite Squadron Dining Out. 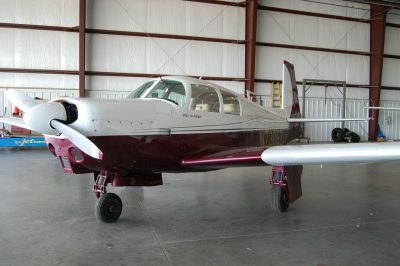 Get your private flight in this signature aircraft!
The Mooney M20 is a family of piston-powered, four-seat, propeller-driven, general aviation aircraft and is still the fastest aircraft in its class.  “Life is short, fly fast.” 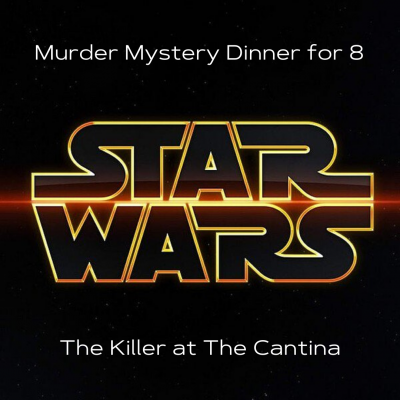 On the Outer Rim of the galaxy sits the lonely ice planet of Hoth. 8 seeming strangers have gathered in the only Cantina on the planet for one reason or another. Where fate intervened to bring them together, dastardly deeds have locked them in until the mystery is solved. Someone is dead and the murderer is still inside the Cantina. Can you figure it out or will you accuse the wrong person and let the killer escape?

Mary Albright will host this Star Wars Murder Mystery Dinner ~ “The Killer at the Cantina” ~ for you and 7 guests.

Thank you to our sponsors