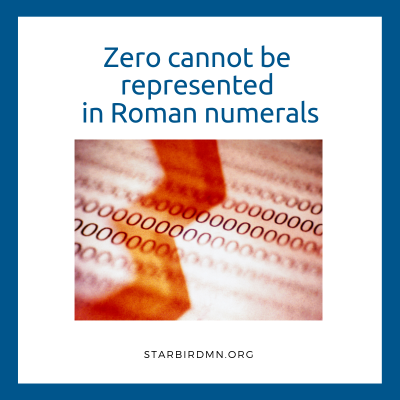 The number zero does not have its own Roman numeral, but the word nulla (the Latin word meaning “none”) was used by medieval scholars in lieu of 0. Dionysius Exiguus was known to use nulla alongside Roman numerals in 525 AD.

Dividing by zero can also get you in a lot of trouble. In September 1997, a division by zero error in the computer network on the USS Yorktown caused the propulsion system to fail. This left the ship stranded for four hours and it had to be towed back to port.