Math Week Fun Fact #2 – A Jiffy is a Real Thing 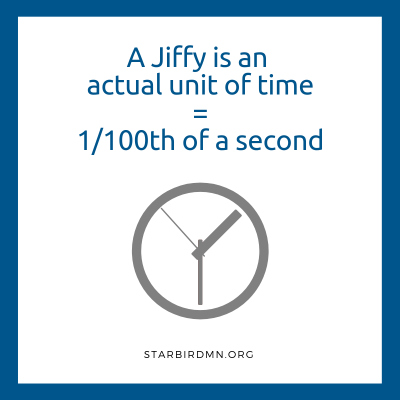 Have you ever heard someone say, “I’ll be there in a jiffy?”

It’s not a figure of speech. A jiffy is a real unit of time – 1/100th of a second to be precise. The earliest technical usage was in the late 19th century by Gilbert Newton Lewis. He proposed a unit of time called the “jiffy” which was equal to the time it takes light to travel one centimeter in a vacuum (approximately 33.3564 picoseconds).