I had an amazing experience at the #NASASocial for SpaceX CRS-17 on April 29. As one of a small group of social media users and influencers invited to this event, I was able to attend the “What’s On Board?” mission briefing, have a private tour of NASA Kennedy Space Center and talk with some of the scientists and reseachers about the science they are working on. 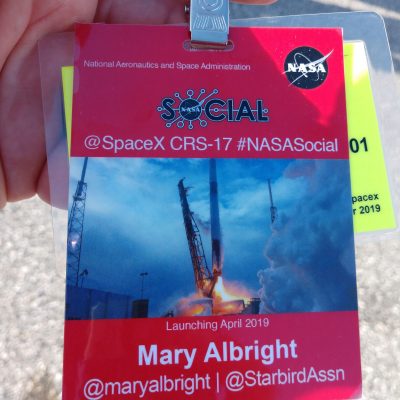 After arriving and getting security credentials, we loaded up on the bus to head on to Kennedy Space Center grounds.  To be clear, this isn’t the visitor’s center. We entered through the secure gate and onto KSC itself. 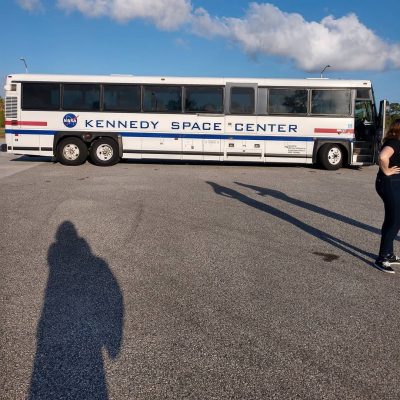 It’s bit of a trek through what’s essentially a natural reserve until you get to the first set of buildings.  We drove by the huge Vehicle Assembly Building (VAB) on our way to the media area. 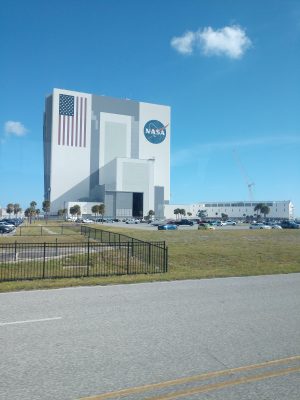 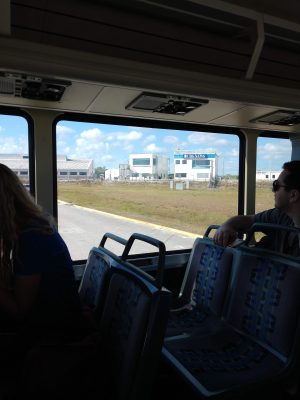 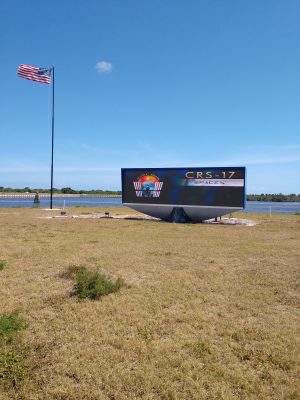 Next stop: The “What’s on Board” televised mission briefing where I and my fellow #NASASocial group were the audience asking the questions.