Not Just a Diet: How Paleolithic Man Developed the First Technologies

Everyone’s heard of the paleo (short for paleolithic) diet. Whether you believe in its credibility or not, you still have many things to thank your ancient ancestors for. Without fire, clothing, and other early technologies, we wouldn’t be where we are today.

Welcome to the blog series that examines and shares just that – the history of science and technology! Over the course of a few months, we’ll be traveling throughout history from the Stone Age to the Modern Age and examining some of the fascinating scientific and technological discoveries the human race has made throughout time.

As I said before, we’re going to be looking at the Paleolithic period of the Stone Age, and I hope by the end of this you would have gained a new appreciation for early man (aside from the diet that they helped inspire!).

But before I dive into some of the early technologies that had been developed during that time – specifically, fire and clothing – let’s take a look at what the Paleolithic period was all about.

Surviving in the Savage Wilderness

So what is the Paleolithic period? Well, it’s a period of time that is part of the Stone Age, and is sometimes called the “Early Stone Age”. The periods that follow the Paleolithic are the Mesolithic and the Neolithic, but for now, we’ll focus on the Paleolithic.

Since the Stone Age predates most forms of writing, a lot of the evidence we have for Paleolithic people comes from archaeology. What we know is that these people lived during the Ice Age in bands or tribes of hunter-gatherers, which meant that a lot of their food came from hunting animals and gathering whatever edible plants they could find in their immediate area.

A lot of their tools were mainly comprised of stone (hence the name Stone Age). These tools would help fulfill Paleolithic man’s basic needs: food, shelter, and clothing. However, some more intricate tools (such as sewing needles) were made of bone, ivory, or antler.

Many important discoveries and developments were made during the Paleolithic period too, such as fire and clothing, two pieces of technology that would be immensely helpful during the Ice Age, and would go on to help sustain the development of human civilization

The Spark of Civilization

Fire was an important discovery and had a strong impact on Paleolithic people. Though we don’t know the exact point in history when fire was first used as technology, it has been shown to have many practical applications that Paleolithic man put to good use.

As you can imagine, using fire for warmth during the Ice Age was incredibly useful! When combined with shelter, the heat from the small hearth would be trapped inside, and the shelter would also help keep the cold elements out. Fire ensured continued survival by keeping humans warm from the harsh environment. 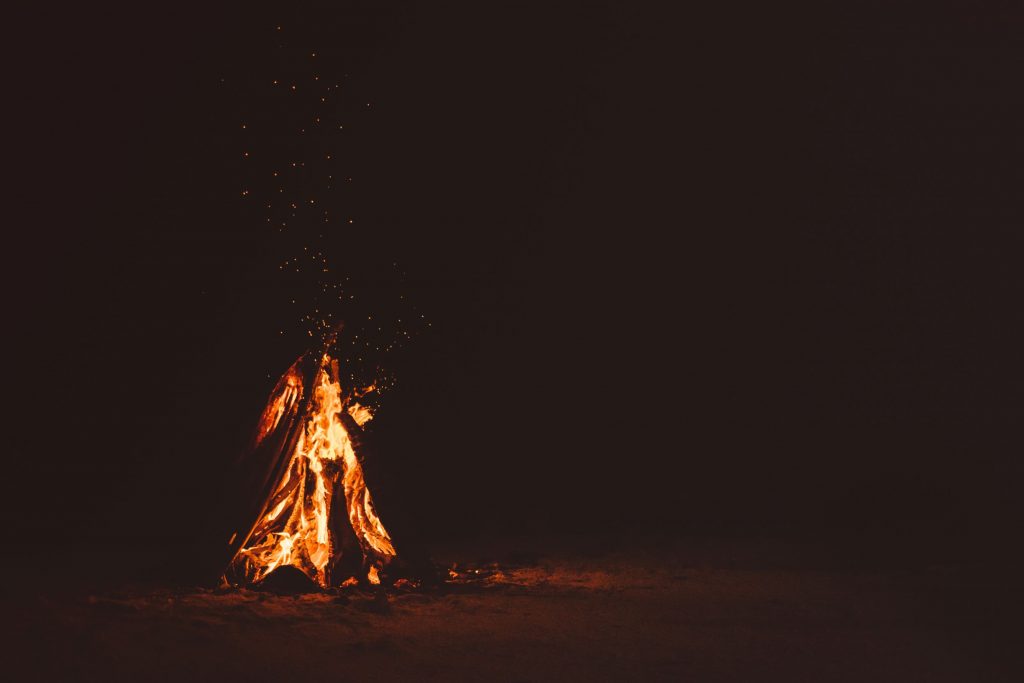 Photo by Joshua Newton on Unsplash.

Fire was also used to cook raw food, which allowed it to become more easily digestible to humans and also provided more energy (or calories) for our bodies. In contrast, raw food took too long to digest and expended more calories than what it offered – meaning, it took more energy from the human body to try and digest it. Cooked food also allowed for the human brain to develop into the complex organ that it is now, although this was an indirect effect from eating cooked food.

(Still, whether indirect or not, that’s pretty awesome!)

With all of this in mind, you can see how even today, we use fire and heat in much the same way as we did in the past – we use it for heat inside our houses, and on our stoves for cooking meals.

How to Stay Warm While On The Hunt

Leather clothing, or even clothing in general, was also important to Paleolithic man, for it allowed them to stay warm during the cold climate of the Ice Age.

While fire was, and still is, a useful tool for staying warm while back in your shelter, venturing off into the frigid environment to hunt or gather for food can be very dangerous. Exposure to cold for long periods of time – or even short periods, depending on the temperature and wind chill – could (and still can, I should add!) lead to frostbite, hypothermia, and even death. 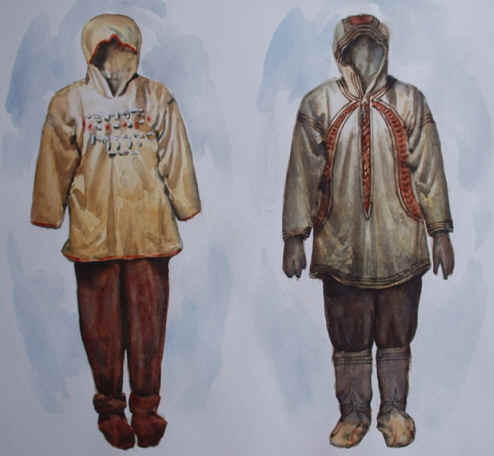 Clothing made from the hides of the animals that Paleolithic man killed helped them combat this danger, and also allowed for the invention of the sewing needle as I mentioned before. Fur and leather clothing helped humans retain heat that would have otherwise been lost in the environment. And like fire, we still wear clothing to this day – in many fashions, forms, and functions! So there you have it! Without the discoveries of fire and clothing by Paleolithic man, we wouldn’t be where we are today as a global civilization.

I hope you have learned something from this small informative blog post, and that you have enjoyed it too!